If you have fallen in love with Vietnamese cuisine, you will surely be transported to the culinary quintessence of Hue – an ancient land in central Vietnam. Hue is a place that has produced many delicious dishes with many unique flavors that are famous all over the world. And one of the restaurants that have brought the flavors of Hue dishes out of Vietnam in the best way is Hue Oi Vietnamese Cuisine. Here you will not only enjoy Hue standard dishes but also many other surprises will be answered in this article.

What Is the Origin Of Hue Cuisine? 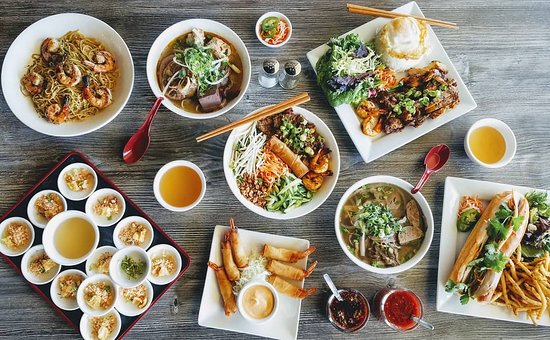 Hue, located in the middle of Vietnam, is famous for its extreme weather, which includes scorching hot days in the summer and weeks of relentless rain in the winter. It served as the capital of the Nguyen Dynasty from 1802 to 1945. It is famous for both its architecture and monuments. About 340,000 people live there. To overcome these physical and climatic challenges, the Hue people have developed their own unique culture.

This culture reflects the traditional features of the Hue people that are evident in food, activities, and other areas of daily life. Hue is famous for its diverse cuisine. People remember Hue cuisine because of the artistry and hidden messages that each dish carries. The relatively small portion size and elegant presentation, followed by royal cuisine, are another key element of the Hue meal that sets it apart from other regional Vietnamese cuisines. 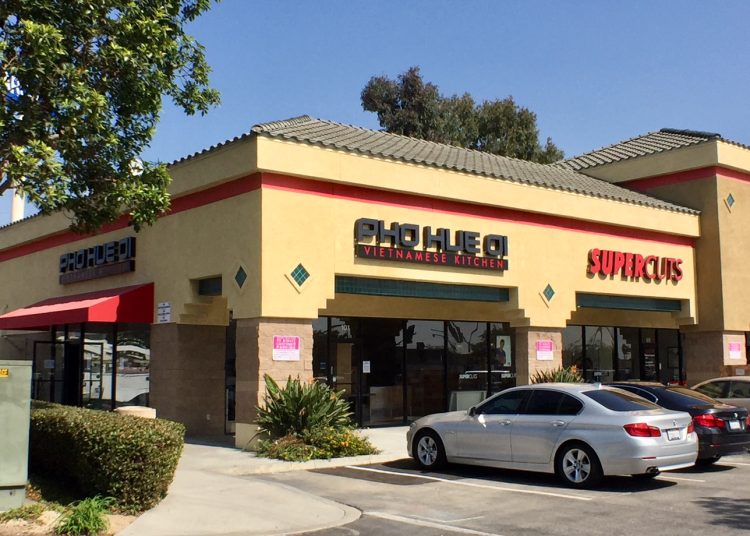 Hue Oi opened in May 2011 in Garden Grove and quickly attracted a large number of Orange County residents who crave real Vietnamese cuisine. The restaurant is run by Duong’s family including Linh and Vinh’s wife. and his son Long owns it. The name refers to a city in central Vietnam that was formerly the seat of the royal family, and Oi is a greeting equivalent to “Hey”. Hue Oi outgrew its first Garden Grove location after opening less than two years, and in March 2013 it moved to its current location, Fountain Valley.

Hue Oi Vietnamese Cuisine has expanded to Redondo Beach, California with the name HUE OI PHO after being selected the Best Vietnamese Food (OC Hot List), Best Vietnamese Iced Coffee, and Best Pho in the Best of the poll. OC – ​​2018 by OC Weekly and the 75 Best Places to Eat in Orange County (OC Register) for several years in a row. 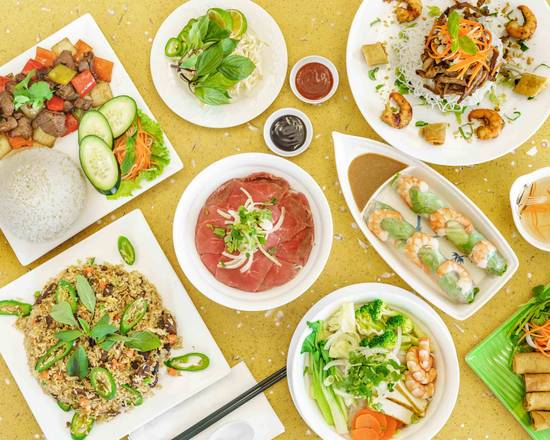 Coming to Hue Oi Vietnamese Cuisine, there will be more than 40 delicious Hue specialties waiting for you, they are all made from fresh and typical Vietnamese ingredients so you will be sure to enjoy the right taste. Standard Vietnamese dishes. The dishes are divided into main dishes such as appetizers, special Hue dishes, rice noodle soups, rice plates, vermicelli & garlic noodle, and beverages. Here are some typical dishes of Hue Oi Vietnamese Cuisine.

It is a noodle dish with tiny, plump clams, rich in saltiness, and stir-fried with a spicy mixture of red pepper, fish sauce, and shrimp paste. The bowl also has spinach, shredded banana flowers that look like purple onions, roasted peanuts, cilantro, crispy bean sprouts, deep-fried pork skin (homemade), and a loofah that seems to have been shot with holes at the end. Bonnie & Clyde. All these ingredients have been presented in a balanced Vietnamese style. Diners can also add hot, homemade chutneys if the variety of flavors and textures suits tastes.

Banh Loc La consists of sticky steamed tapioca dumplings with peppery shell-on shrimp and hard bits of stir-fried pork belly, all wrapped in banana leaves. The Banh Nam Combo ($5.50) essentially featured two approaches to Vietnamese “tamales.” Banh Nam turned out to be a banana leaf–wrapped steamed flour cake with ground shrimp. They resembled tamales and were flat, not sticky, but they also had a faint resemblance to Armenian lahmajunes.

Long advised splurging $2 on Nuoc Dau Van, a roasted bean beverage that he described as delicious, energizing, and similar to coffee. The flavor was remarkably reminiscent of coffee, without the negative effects, which may have been due to the power of imagination.